BELGRADE IN YOUR HANDS

Hello and welcome to Belgrade! I will try to present you Belgrade by writing this blog. Reading this blog you will find information that will enable you to explore Belgrade simply and with pleasure. I have to thank my friend Branko and his company KOMSHE who published not just guide about Belgrade but guides for whole region. In this blog, I will present you many things published in his guide “Belgrade in your hands”. 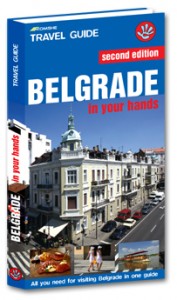 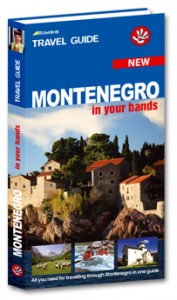 Belgrade, the capital of Serbia and one of the key cities in South-Eastern Europe, is a city that leaves an impression on every visitor.  Located in a remarkable position crowning a ridge above the confluence of two vast rivers it is beautiful, though in its own unique way. Do not expect to find too many well-kept monuments or central European sophistication. Belgrade has its own rambling and chaotic charm which has developed from its relaxed attitude to order.

This attitude has been somewhat determined by its fate. Throughout history Belgrade has attracted all kinds of attention due to its location on the main route between Europe and Asia. Moreover, since 395 A.D. when the demarcation between Eastern and Western Roman Empire was drawn up here, and right up to 1918., its position has been on the julietta in canada border between East and West. As such, Belgrade has seen many wars that have shaped its present existence. In its long history the city has been completely devastated more than 30 times, but nevertheless managed to rise again on the same site. For all of that, Belgrade is both ancient and modern, with Roman remains facing communist era apartment blocks and with hi-tech buildings right in the middle of the oldest districts.

The heart of the city, the Belgrade Fortress and Kalemegdan Park around it, stand above the confluence of the Sava and the Danube. To the south the city center spreads across a ridge half way between the two rivers. Then come the suburbs sprawling out on as many as 32 rolling hills, hence brdo is found in the names of many. The hills end with Mount Avala, a blunt rise on the southern horizon. In the other direction, North of the Sava, are the plains of Srem now occupied by New Belgrade that has grown out of the marshlands that once stood here. Beyond New Belgrade is Zemun, for centuries a separate town that has shared the ups and downs of its larger neighbour. Today Zemun still retains much of its small-town air with charming riverbank and many fish restaurants. Across the Danube and well hidden behind the woods and marshes, are the lowlands of Banat, whose villages have grown into uncontrollably large suburbs, the best known of which is Borca. 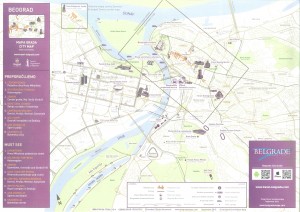 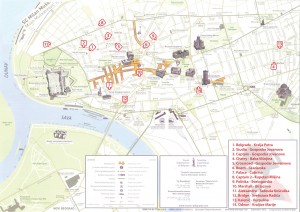 Belgrade has a continental climate that has given in the reputation of stark weather contrasts. It is known for its long hours of summer sunshine with highs of up to 40 degrees C expected each year. During these hellish days most people leave the concrete of the city behind. Those who don’t come out mostly at night or go only to the city’s beaches. 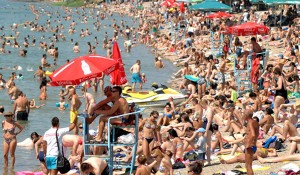 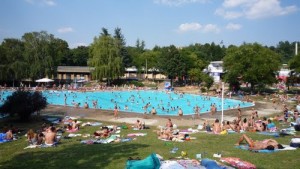 Equally winters can be very harsh. Spring and Autumn are mostly short and indistinguishable, a fact that leaves many Belgraders changing from coats to T-shirts in the span of just a few days.  Another characteristic of the city’s climate are its strong winds, especially the southeastern Koshava that blows in the colder half of the year bringing dry weather but also significantly lowering the temperature.

Serbs are open and sociable, everybody is gladly accepted and making friends here is easy. Enjoying a good laugh and being loud is an important part of their character as is slight recklessness and living in the moment. Worn out by hard living, most people tend to stick to easier subjects of conversation while heavy issues are treated in a roundabout way through joking. Irony, self-criticism and the inevitable quirky black humor that helped Serbs find their way through difficult times are an important feature of their temperament. Be aware however that discussions about political issues from the recent (and sometimes from the quite distant) past are easily stumbled upon and many people will be eager to give you a not-so-short history lesson from the Serbian point of view. This may not be an experience familiar to you, so be prepared to listen, keep an open mind and show interest. 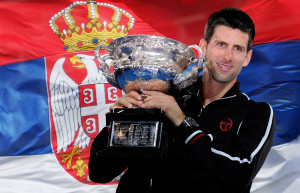 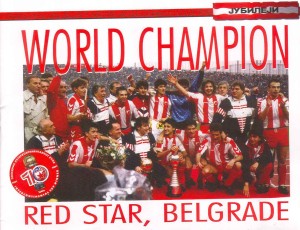 Another favorite subject is sports: Serbs are big sports fans, especially a soccer, basketball and, due to the recent success of their fellow countryman tennis. Various leagues and championships, betting tips or just plain criticism of the bed state of Serbian football can be the subject of seemingly endless conversations, which can be a good way of making contact if you have any knowledge of sports. 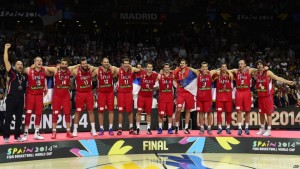 Feel free to ask questions in English as you will more than likely be understood; younger people speak English often quite fluently and may even be willing to show you the city from their perspective. Among its visitors Belgrade has gained a reputation for its beautiful people: tall, handsome men and good looking woman with a sense for fashion and style. In general, the dress code is far from stiff or snobbish, yet requires you not to look to sloppy if you would like to avoid odd looks.

To most of Serbs, Belgrade feels as hectic as any metropolis, a feeling increased by its often chaotic reality such as crazy drivers and nonsensical parking attitudes, crowded city transport and pollution.  On the other hand, the impression that most foreigners get is that people are relaxed and cheerful.  The truth, of course, lies somewhere in between.  In the mornings one cannot help noticing that most of the cafeses are almost full: with the Serbian coffee drinking habits (combined with nicotine addiction) a short break, seeing friends or even business meetings old seems to lead to belgrade’s many cafes.  Although the transition process is well underway and hard work is becoming more common, most Belgraders are not willing to sacrifice their small pleasures and leisurely pace of life for a bit of profit.  After work, people still hang out in the center and then, as night falls, crowds of a young and attractive take to the streets.  In spring and autumn one cannot escape the feeling that everyone is out having fun, a feeling that lasts well into the early hours.  Belgrade is truly a city that never sleeps.

Which brings us to something not to miss in Belgrade – the nightlife.  A vibrant and ever changing club scene has been praised by many visiting performers as one of the strongest in Eastern Europe.  Most places to go out in the center tend to be a small clubs whose atmosphere is somewhere between a cafe and a full blown nightclub, depending on the day and a number of guests.  Apart from a few exceptions, most of the real places to dance are the famous splavovi, floating rafts that line the riverbanks.  During the warmest months of the year almost all night life moves out to the river, from where loud music fills the city air and where partying starts at midnight and lasts until dawn.  For those seeking somewhat less noisy and more authentic, Belgrade offers many places with live gypsy and Serbian folk music.  These are mostly restaurants or kafana-type places where the emphasis is on drinking and having fun rather than dining.

You need to log in to use member only features.